Seeper is an immersive experience design studio and innovation lab comprised of artists, inventors, engineers, designers and planners. It creates world-class experiences by combining a passion for innovation and creative storytelling.

Take steps to harmonize with nature

Technology and industrialization have broken the harmony humanity once had with nature. The UN’s International Panel on Climate Change predicts we have until 2030 to solve climate change. They have also highlighted a fundamental player in this unprecedented challenge: you.

Every step you take on your journey through life causes a radial ripple of reactions; every human being is connected to each other. We are nature and our footprints on earth have both positive and negative impacts on the world and people around us.

Footprints of life is an interactive and immersive experience where nature’s stunning life force lights your way. Climate change threatens that life force. What will you do before it’s too late?

Be mindful as you step. Are your footprints positive or negative? What steps can you take to reduce your carbon footprint and re-harmonize with nature? Leave no trace, clear the beach before you leave… 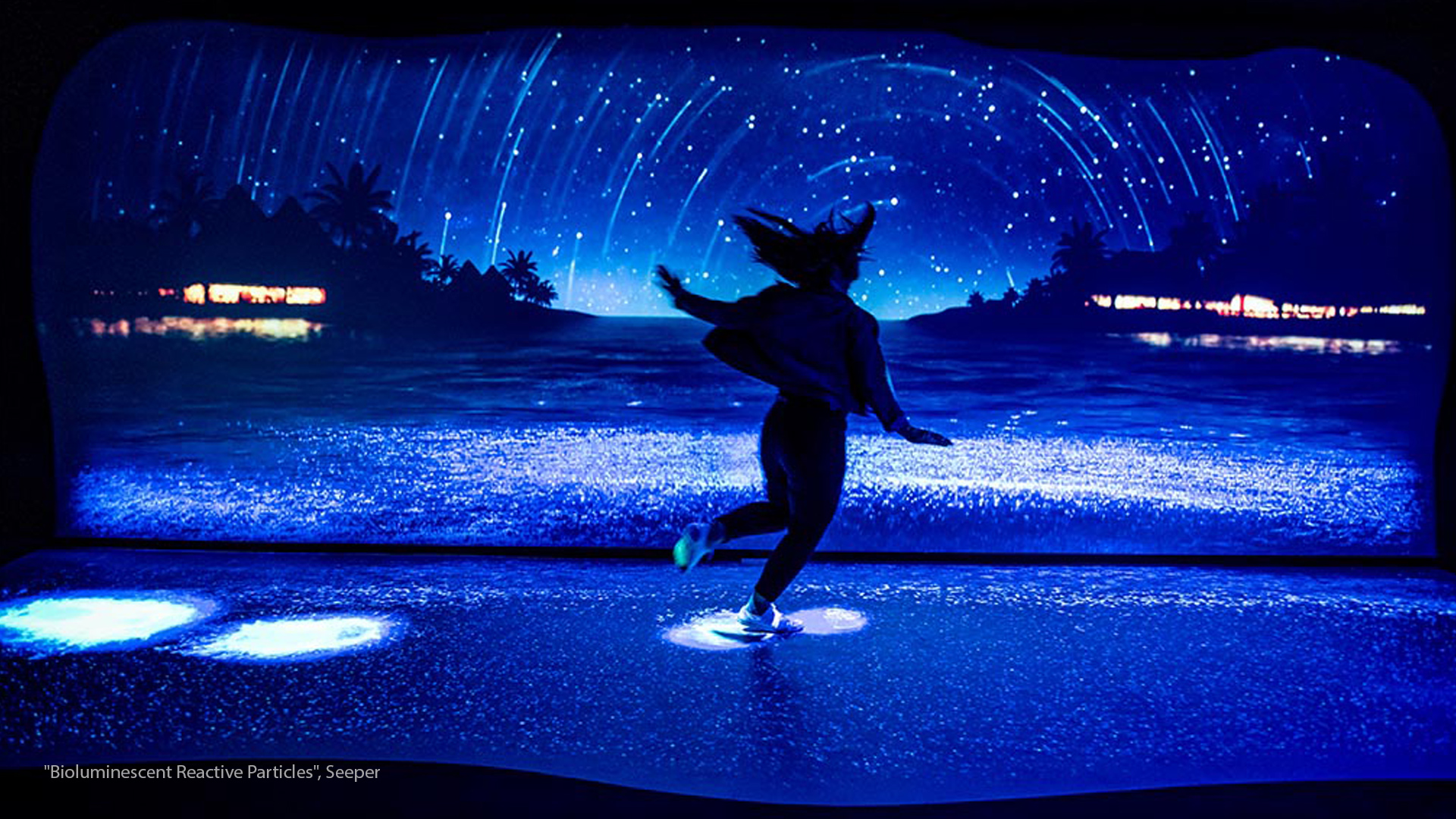 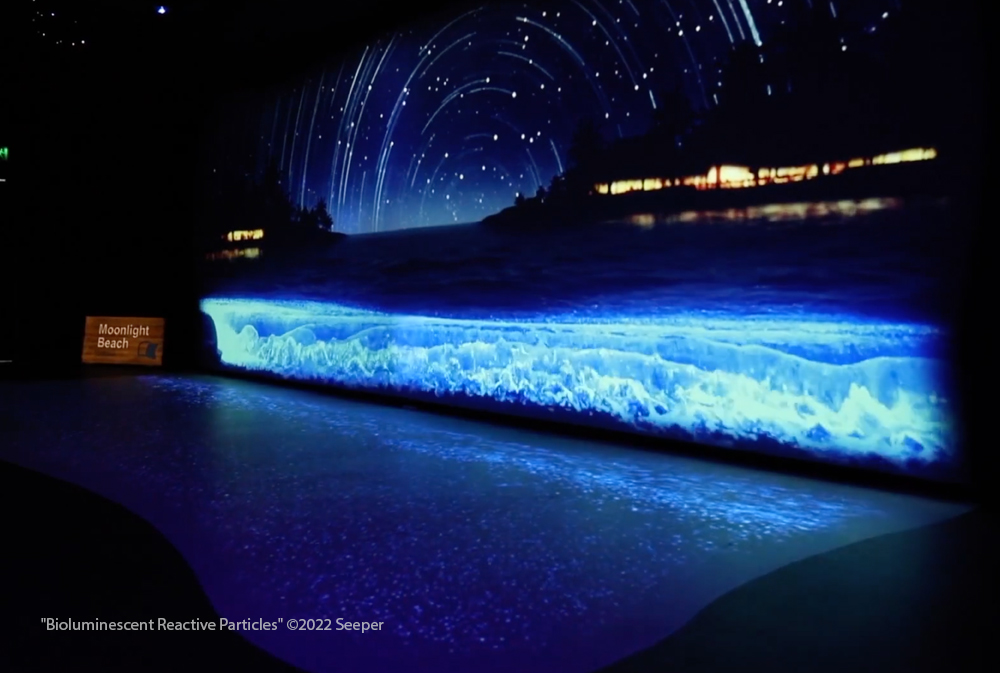 Black and white animated optical-illusion style mapping covers the block walls behind the clock structure. Tied to cues from the clock’s laser mapping, the white block structure of the walls provides a canvas to give the building the illusion of forms shifting and coalescing, effectively dissolving its physicality and throwing the audience into a mind-bending, constantly shifting space. Laser mapping the clock and surrounding metal structure via rapidly-moving laser heads provides a sharp, compelling outline which lifts the structure out against the projection-mapped background. Animations play with the form of the structure, the curving rails, and the clock-face itself, linking to the changes in the wall-based projection mapping show.